At Microsoft, we are using a weird way to count the years: Our fiscal year goes from July to July for some historical reason, and so every mid-calendar year, we are faced with what other firms often do in December: Reorganizing the teams, doing accounting, finishing up the budgets...

The end of the fiscal year 2019 also marked the end of our Microsoft Ignite the Tour 2019, in which we tried quite a few new concepts. We took this tour on the road in 17 different locations, including more remote locations where Microsoft rarely has first party conferences. I've personally spoken at 9 of these locations, many of these for my first time, including Mexico City, Sao Paulo, Johannesburg, Hong Kong and more.

You can see the videos of Microsoft Ignite the Tour 2019 here.

With 2020 coming up, we are already hard at work on the next edition of Microsoft Ignite the Tour. And for this edition, we go bigger and further: We will have 30 locations on 5 continents (still no edition in Antartica I am afraid :)

For me personally, this is also time for a change. I asked for and obtained a change in my activities: Starting in August (which coincidentally also marks my second anniversary at Microsoft), I will move in my good friend Scott Cate's team, and my main activity for fiscal year 2020 will be dedicated to the Tour.

Learning paths: A success that we will repeat

More specifically, I will lead one of the learning paths consisting of five breakout sessions and one theater session. It's still a bit early to reveal what this learning path will be about, but let's just say that we are building on last year's feedback, keeping what worked great and improving the few areas where we can be better. The teams are now assembled and hard at work to create the sessions.

One of the things we had to deal with last year was emergency situations. One of my colleagues ended up in the hospital just a couple of days before he was supposed to be presenting (he is good now, no worries :). We managed to solve this issue thanks to a very professional team and extra work, but it was stressy.

This year we want to be better prepared. This is why in addition to leading one of the learning paths, I will also take the role of polymath. In Wikipedia, the article about polymath is illustrated by a picture of Leonardo da Vinci. 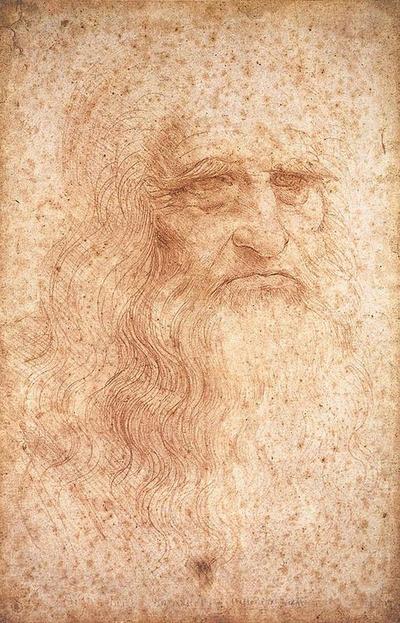 This is of course very ambitious and none of us is seriously comparing ourselves to that great man. By extrapolation, our definition of a polymath on Microsoft Ignite the Tour is someone who learns 10 different sessions, and is able to deliver those, in case of emergency such as above, with minimal preparation and time. This is a really interesting challenge for us, which will lead us to learn even more about Azure than we would normally do.

A Cloud Advocate is (amongst other things) a professional presenter, and so it's not new for us to learn and give new sessions in a relatively short time. But a big part of the job is also to be a learner. We keep learning new technologies, new services, every day. More than ever, at 48 years old I am still learning ever day, and I just love it. The polymath role pushes me further in that activity and I just love it. Without revealing too much, I can say that the areas where I will be learning and presenting are artificial intelligence, web apps, databases, containers and more.

In the next few weeks, we will start being more precise about the content of Microsoft Ignite the Tour, and I will also detail the locations where you will be able to meet me in person. For now, you can already get ready for Microsoft Ignite the Tour and check all the locations. I am looking forward very much to meeting more people in person, and to deliver these new and updated sessions.

Comments for My new role for fiscal year 2020