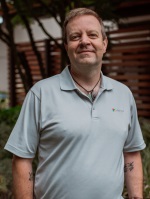 Laurent works as Senior Cloud Developer Advocate for Microsoft Azure after almost 10 years spent working for IdentityMine and Valorem, two leading firms in Microsoft technologies. He codes in Azure, .NET, Windows, WPF, Xamarin (iOS and Android), ASP.NET (Core and Classic). On his free time, he writes for technical publications such as MSDN Magazine, publishes technical videos on YouTube and Microsoft Channel 9, and his blog is on blog.galasoft.ch. He is a frequent speaker at conferences such as Microsoft Ignite, Microsoft Build, TechEd, VS Live, Techorama and many other international events. Prior to joining Microsoft, he was a Microsoft Most Valuable Professional for Windows development from 2007 to 2017, a Microsoft Regional Director from 2013 and a Xamarin Most Valuable Professional from 2015. He is also the author of the well-known open source framework MVVM Light for Windows, WPF and Xamarin.

Laurent works as Senior Cloud Developer Advocate for Microsoft Azure after almost 10 years spent working for IdentityMine and Valorem, two leading firms in Microsoft technologies such as Windows Presentation Foundation, Xamarin, Windows 10, XBOX, HoloLens, Azure, Office 365 and more. Employing developers and designers working closely together, Valorem was mainly active in the US market, before 2008 when it opened a European branch based in Zurich, Switzerland. Laurent was Valorem's first European employee, based in Zurich Switzerland.

Originally an Electronics engineer, Laurent's interests moved to software very fast and he achieved a postgrade study in Software Engineering in 1999. Before joining Valorem and then Microsoft, he worked at Siemens Building Technologies from 1996, where he helped introduce WPF and other .NET technologies at Siemens worldwide. His job involved developing with the mentioned technologies, training and coaching his colleagues, coordinating and integrating the graphics designers' work, and relationships with Microsoft.

Prior to that, he first wrote embedded C/C++, and then moved to desktop computers in Java, JavaScript, VB6, VBA and eventually .NET (WinForms and ASP.NET). He was one of the early adopters and experts of Windows Presentation Foundation

Privately, Laurent has also been very active, first by developing websites and web applications in HTML, JavaScript, CSS, ASP and ASP.NET. He has done his best to contribute to the community, first in the JavaScript UseNet newsgroups, and then in the Microsoft community related to Windows Phone, Windows Store, WPF, Silverlight, ASP.NET, C#. More recently he also started being active in the Xamarin community. He writes for MSDN Magazine and blogs regularly on blog.galasoft.ch. He publishes technical videos on YouTube and Microsoft Channel 9. In 2009, he published the MVVM Light Toolkit, a well-known open source toolkit helping to build decoupled applications in Windows Phone, Windows 8, WPF, Silverlight. This toolkit is today the basis for many applications, small and big.

Prior to joining Microsoft, Laurent was a Microsoft Most Valuable Professional (Windows Application Development) since 2007, a Microsoft Regional Director since 2013 and a Xamarin MVP since 2015. He was awarded "MVP of the year" in 2010 and again in 2013 and is recognized as one of the most prominent experts worldwide for XAML, C#, Expression Blend and the MVVM pattern. He is a frequent conference speaker, and was invited to talk in very large conferences such as the MIX conference in Las Vegas (2009, 2010, 2011), Microsoft Build (2015, 2016), TechEd Europe (2010), Xamarin Evolve (2014 and 2016), VS Live (2015-2019) as well as multiple TechDays, Techorama and other conferences in the whole world. 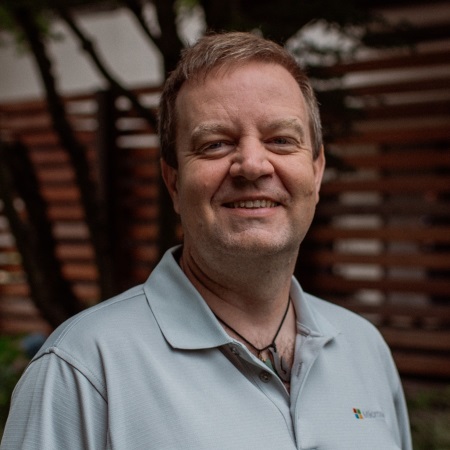